SJP returns from a pearl buying trip to the Far East 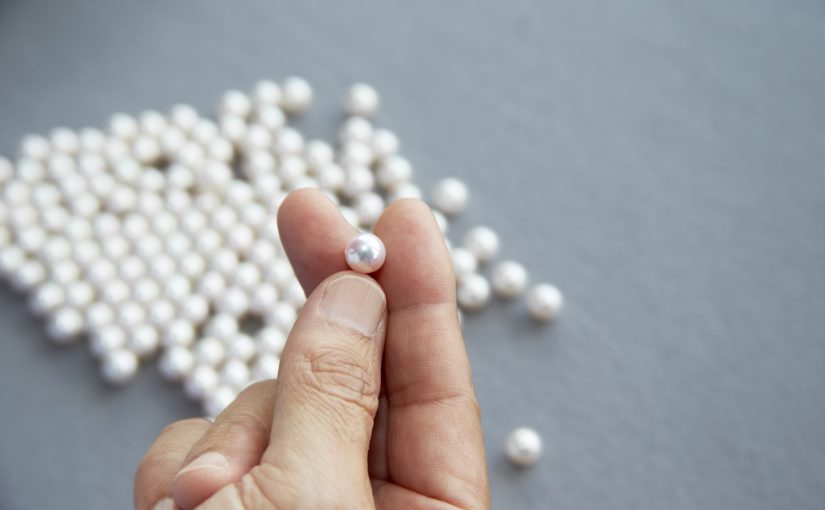 The importance of good pearls

Having spent an incredibly busy week visiting pearl suppliers and farms in the Far East, Richard and Jack have been collecting thoughts – wondering at times exactly what happened! Read their previous blog post here

Getting out to suppliers gives invaluable insight to those at the ‘front line’ of pearl production and paints a very interesting picture as to where prices and availability are headed in the near future.

While the undeniable trend is that pearl prices are increasing, larger Akoya rows are not as badly affected as small, with the most shocking discovery being the price and lack of availability of good quality 5-7mm Akoya rows. This

is attributed to the farmers’ reluctance to produce smaller diameters and increasing demand from the Chinese for good quality products. The search for smaller diameter rows spanned several suppliers, and while plenty of pearls are now arriving at SJPearls’ Midlands office, it was not particularly easy finding them!

SJPearls carries an enormous stock of freshwater pearls and this trip was mostly to top-up existing supplies. It was noticed however that Chinese pearl farmers and producers are going through a transformative period. Freshwater pearl prices are increasing as quality generally decreases. Water pollution and strong domestic demand are mostly the cause of this. Some shockingly bad freshwater pearls were seen, suppliers were keen to point out they were destined for US and Chinese markets rather than the UK, however it acts as a reminder of the importance of visiting these producers in person to ensure the quality back in the UK remains high.

The trip also featured a visit to Hong Kong’s jewellery and gem fair which gave a great opportunity to put an ‘ear to the ground’ and see where the market is headed for fashionable jewellery. Based on this, our designers and workshop are busy finishing some beautiful new jewellery, which hopefully will be ready for the Christmas season. As well as this, our website is being constantly updated, with new earring photos having gone up this week.

If you would like to see our range, please do get in touch.

Latest from the blog